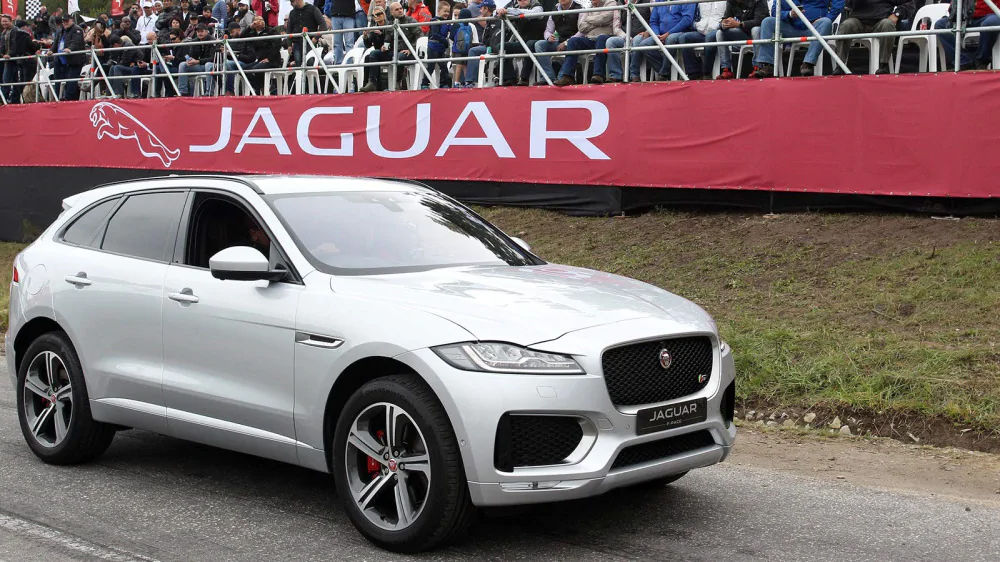 The Jaguar Simola Hillclimb has seen remarkable growth since Jaguar came on board as the headline sponsor in 2014. Attendance has reached record numbers, with the 2016 event seeing 14 206 spectators pack the stands along the 1.9km road course for three spectacular days of racing.

“The Jaguar Simola Hillclimb has been incredibly successful for us, and we have so much more we want to achieve,” said Richard Gouverneur, Managing Director of Jaguar Land Rover South Africa and sub-Sahara Africa. “Over the next three years we will move closer to our vision of making this the must-attend racing event on the South African social calendar. We truly mean it when we say that racing is in our blood. The Jaguar Simola Hillclimb represents inextricable parts of Jaguar’s DNA – the thrill of performance and the seduction of speed. The Jaguar brand is also about exclusivity and luxury beyond the track. To that end, we’re looking forward to taking this world-class event to the next level in the coming years.”

More racers than ever are taking part – and the level of competition has resulted in tense final moments during the King Of The Hill shootout. Historic cars, sports cars, supercars, single seaters and purpose-built hillclimb racecars all feature, driven by South Africa’s most famous race drivers. The country’s top motoring media get to demonstrate their mettle in a selection of Jaguar’s premium sports sedans, and VIPs can experience the high-speed thrill of racing up the hill as a passenger in a Jaguar.

“We are delighted that Jaguar South Africa has extended its partnership with the Jaguar Simola Hillclimb,” said Ian Shrosbree, Managing Director of Knysna Speed Festival, the event owner. “Thanks to the efforts over the past three years, the event has transcended from a motorsport gathering into a social and lifestyle highlight. Jaguar shares our vision and over the next three years we will continue to build the Hillclimb into an internationally recognised and in-demand motorsport lifestyle event.”

With huge crowds attending to see the top names in South African racing, the Jaguar Simola Hillclimb has become a highlight on the local motorsport calendar. However, since the inception of the Jaguar sponsorship it has also attracted media, celebrities and VIPs outside of motorsport. This year Jaguar ambassador and locally-grown Hollywood star Sharlto Copley attended, along with Maps Maponyane, Zelda La Grange, and players from the DHL Stormers rugby team. For them, and many others who travelled from across the country to attend a weekend of speed and thrills, the experience is made all the more exclusive thanks to Jaguar VIP hosting areas and luxurious accommodation at the five-star Simola Golf and Country Estate. Engineering XE-llence

One of the prime attractions for the public was the first close-up look at Jaguar’s all-new XE. The Jaguar XE redefines the concept of the sports sedan. Its lightweight construction, streamlined styling, luxurious interior and outstanding ride and handling will make it the driver’s car in its class.

The rear-drive XE’s innovative aluminium architecture contributes to the dynamic package, powered by a range of diesel engines that will make it the most economical Jaguar to date; or Jaguar’s supercharged 3.0-litre V6 petrol engine from the acclaimed Jaguar F-TYPE, which will allow the XE S to reach 100km/h in just 5.1 seconds.

The XE gave the Knysna crowd a firm look at Jaguar’s future, while Classic Friday provided a nostalgic look back at the brand’s rich performance pedigree among a host of thoroughbred machinery.

Gentlemen racing at its best.

Classic Friday kicked off 48 iconic pre- and post-war road and race cars being driven to their fullest potential – and sometimes beyond – by some seriously committed drivers. Showing the diversity of history in motion, the grid ranged from a 1929 Bugatti to ultimate Classic Conquerer title-winner Charles Arton’s 1979 March 79B Formula Atlantic single-seater.

Going two-by-two, the pair of E-types paid tribute to Jaguar’s current F-TYPE – seen in action over the weekend – while the preview of the all-new XE was prefaced by the straight-six howl of the sports-sedan of the time: the Jaguar MkII – itself a successful British Touring Car racer in period. 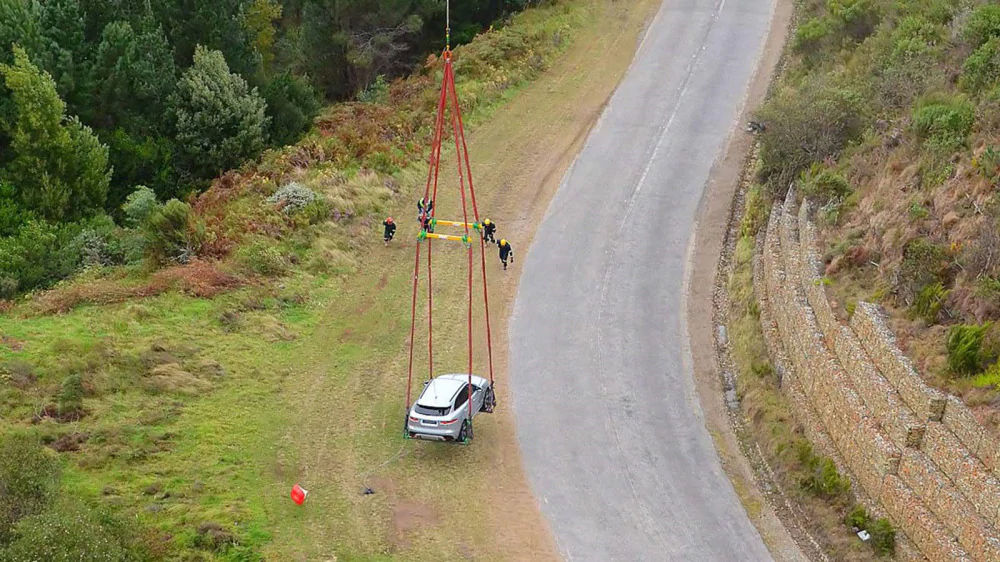 Saturday and Sunday provided a playground for more than 80 competitors vying to see who could conquer the Simola Hill in the shortest possible time and be crowned King of the Hill. The pits hosted cars of every kind, ranging from stock standard and lightly-modified road cars, all the way to extremely fast racecars and purpose-built hillclimb specials.

Piloting the fastest of these specialised machines was Desmond Gutzeit, who took top honours in his R32 Nissan Skyline GTR, in a new record time.

It was only fitting that other Jaguar models featured prominently on the weekend. Running up the hill were two F-TYPE R Coupés, driven by members of the Jaguar team. Barry Ingle represented Jaguar Experience, while Jaguar Land Rover South Africa (JLRSA) was represented by the fastest man in a production car – driving his land speed record-setting car – Dawie Olivier.

Despite being in completely stock-standard, showroom condition cars fitted with road tyres, the duo’s efforts were enough to earn them a spot in the class finals.

Crowds were also treated to the sight and sounds of the mighty black XJR prepared by the JLRSA technical team and sponsored by Castrol. This supercharged beast made short work of the tyres as Rory Beattie, Customer Services Director at JLRSA, powered up the hill. A work in progress, Beattie and the Beast will be back in 2016 to put in some serious times.

The tight, twisting 1.9km section of road leading to the five-star Simola Club and Country Estate was visited by more than 12 000 spectators over three days. All had come to witness the country’s top names in motorsport unleash thousands of horsepower and compete for the coveted Classic Conquerer and King of the Hill titles.

“Seeing the passion of these competitors, and the enthusiasm from the local crowds, is what the Jaguar Simola Hillclimb is all about,” said Lisa Mallett, Marketing and Communications Director at Jaguar Land Rover South Africa and sub-Sahara Africa. “An annual platform to attract the best cars from around the country in an idyllic setting makes the event a social must-do, not only for enthusiasts, but for everyone who appreciates the finer things in life.”

Even more to look forward to this year

After a weekend of serious racing, horsepower, fine dining and fun, the sun set on the second iteration of the Jaguar Simola Hillclimb. The excitement and anticipation is building rapidly for this year's event and mooring enthusiasts are guaranteed the very best action throughout the weekend. Follow us on Twitter and Facebook for more updates.